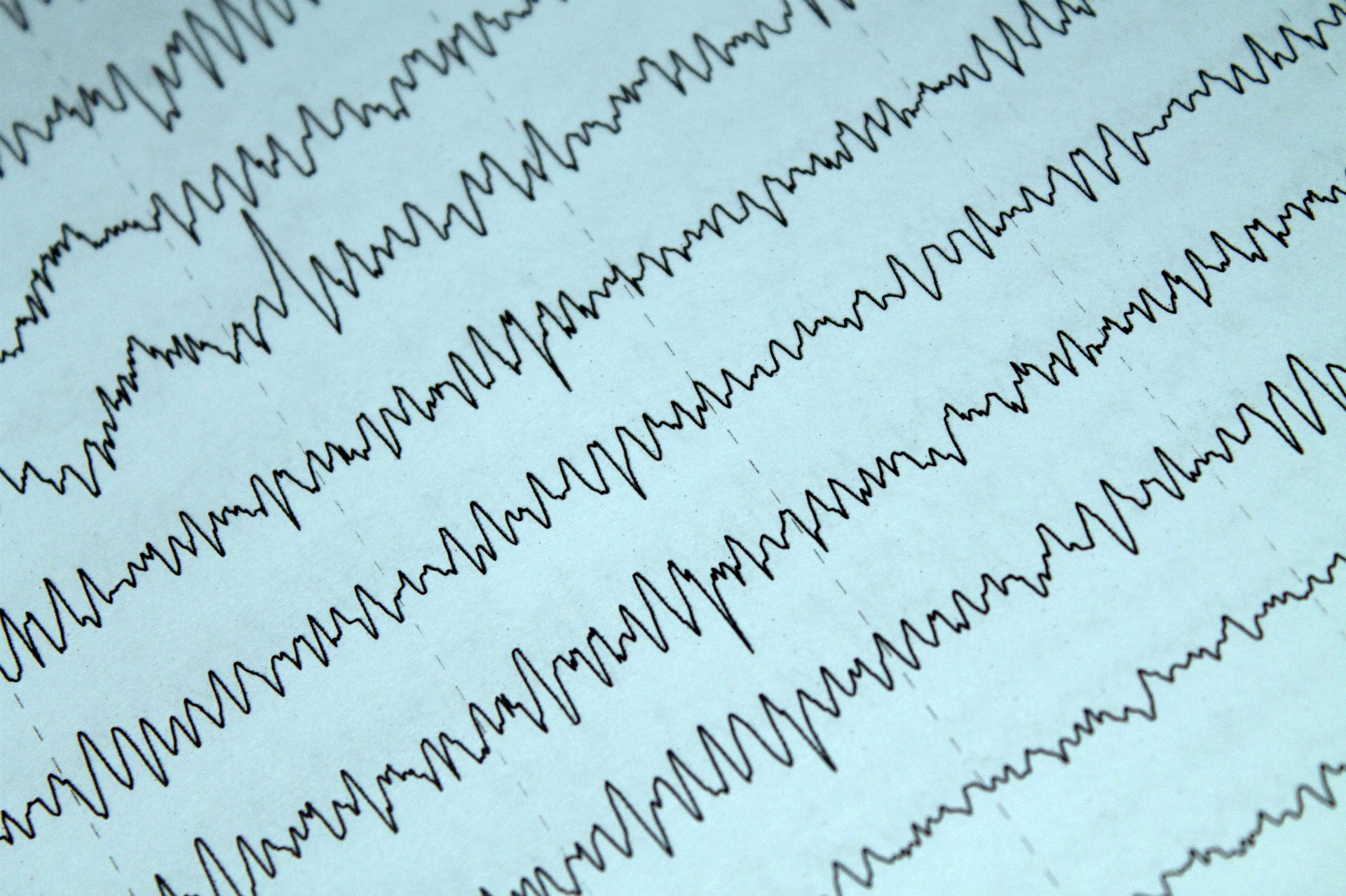 Ángel Aledo-Serrano is a neurologist and is specialized in pediatric and adult epilepsy at Hospital Ruber Internacional (Madrid), also collaborating at Clínica Corachan (Barcelona). He is specialized in the treatment of refractory epilepsy with different approaches: epilepsy surgery for refractory focal epilepsies, precision therapies for genetic epilepsies and developmental encephalopathies, or immunomodulatory therapies for autoimmune epilepsies, among others. He carries out a wide teaching work collaborating with universities and divulgation in social media, also collaborating with many patient associations as a medical and scientific advisor.

Epilepsy surgery is a useful and safe treatment for a large proportion of people with focal epilepsy who are not controlled with antiepileptic drugs. Refractory epilepsy accounts for about 30% of the total, and it is estimated, for example, that there are around 130,000 people with refractory epilepsy in Spain. However, although it has been shown an improvement to the quality of life of patients, it is a rarely used treatment strategy. One of the reasons for this “underuse” is the fear of the consequences derived from performing open neurosurgery. In recent years, different techniques have been developed that, through minimally invasive procedures, can be used as an alternative to open surgery in selected patients.
Some of these techniques are:

Thermocoagulation or Thermal Ablation with intracerebral electrodes, due to its efficacy and safety, has established itself as one of the main minimally invasive treatment options for patients with focal epilepsy in European and American reference centers. It consists of the implantation of electrodes in the depth of the brain that allow to delimit the epileptogenic zone (brain area where epileptic seizures are generated) by means of an electroencephalogram recording, similar to that of the surface with the usual EEG, but with greater precision as it is implanted within the cerebral cortex. This implantation is performed with a minimally invasive procedure, with electrodes less than 1 mm thick and small holes in the skull. Once the area where the crises originate has been identified, thanks to the application of thermal energy, a small injury can be produced in the selected area and thus prevent the generation of seizures. 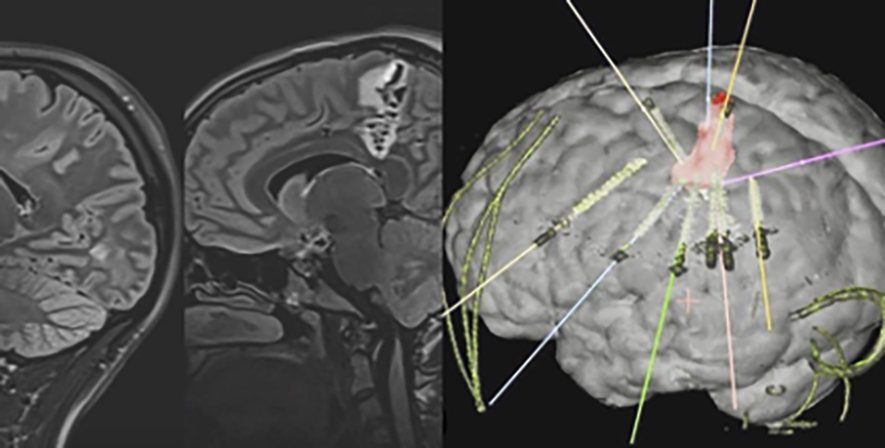 About 50% of patients who undergo this treatment have a significant improvement in the frequency of seizures. Furthermore, the initial response to thermocoagulation predicts a good outcome if open resective surgery is required later. The complication rate is very low and depends largely on the experience of the neurology-neurosurgery team that carries it out. In addition, to perform the ablation, anesthesia is not required, which allows monitoring the efficacy and safety of the treatment right away.

Laser ablation is a modern technique that has come to revolutionize the treatment of epilepsy along with other minimally invasive techniques. It is a technique in which a catheter is inserted, through a small hole, into the area that produces epileptic seizures and thermal energy is applied to injure that tissue. It has the advantage that it allows monitoring of the process with MRI (the procedure is done inside the MRI station, with the patient asleep and anesthetized). This makes it an option for patients with small, well-defined brain lesions. It is highly effective in ensuring that patients are seizure-free if candidates are well selected, also allowing fewer surgical complications, with very early discharge from the hospital (in 24 or 48 hours). Sometimes thermocoagulation can be used initially and then laser ablation, if the first has not been effective but the start region has been located with stereo-EEG. Some deep lesions are better treated with laser than with conventional surgery, due to its precision and ability to treat deep areas without damaging the superficial ones. 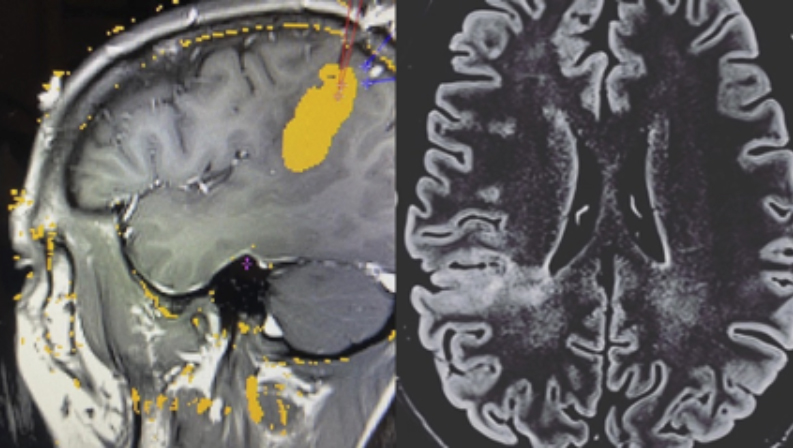 Stereotactic radiosurgery involves gamma radiation injury to a circumscribed area of the brain. There are multiple indications for the application of the Gamma Knife, among them, the most studied are epilepsy secondary to hypothalamic hamartomas or for patients with hippocampal sclerosis who do not want open surgery, however, it is also useful in other types of lesions, such as focal cortical dysplasia especially if they are in “risk” areas for open surgery. Its main disadvantage is that the effect on seizure control may take between 12 and 24 months to appear, but it is a safe, painless technique that does not require hospitalization to be carried out, so the patient can go home the same day of its completion. 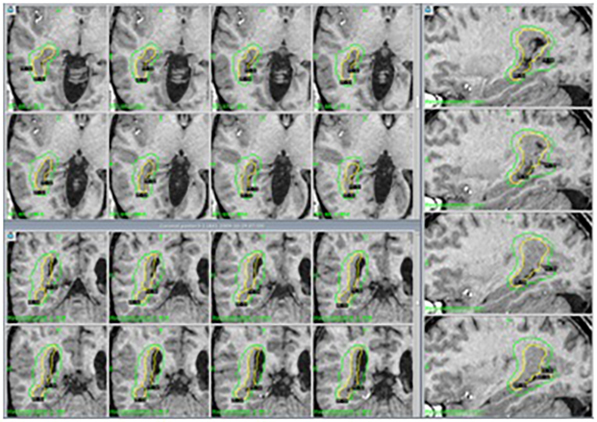 While the previous techniques are curative techniques, the second ones are “palliative” since they do not completely eliminate the patient’s epileptic seizures. However, they can be useful in reducing the intensity of seizures and, for example, related falls. They are based on the implantation of devices that detect the onset of crises and, through the application of an electrical stimulus, prevent their spread. The most widely used is the vagus nerve stimulator (image), which is used above all for patients with violent seizures at risk of falling. The second, less used, implants a generator in the skull that, using electrodes, sends electrical pulses to a specific area of the brain at the moment when the crisis is beginning to develop. Trigeminal stimulation is an option that, although it has not shown significant efficacy in the control of seizures, it does seem to improve the quality of life of patients who carry it. 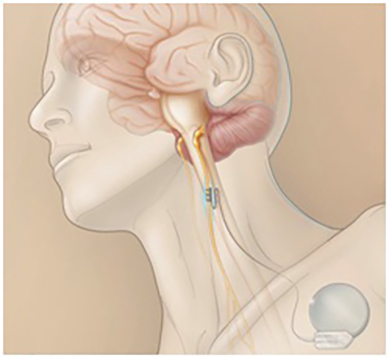 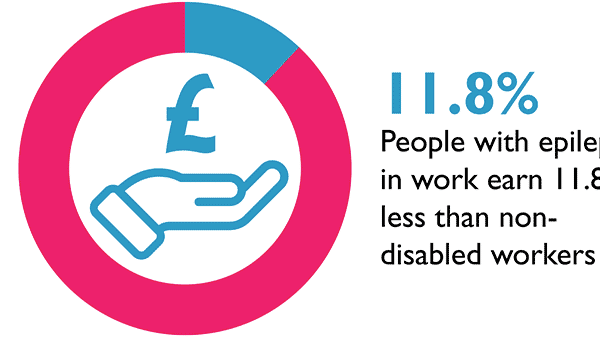 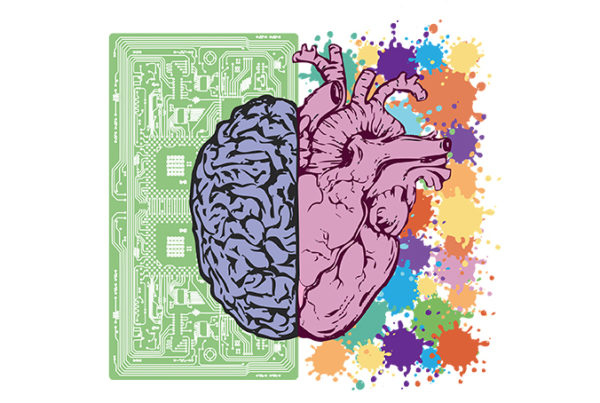 Epilepsy in school: what to know