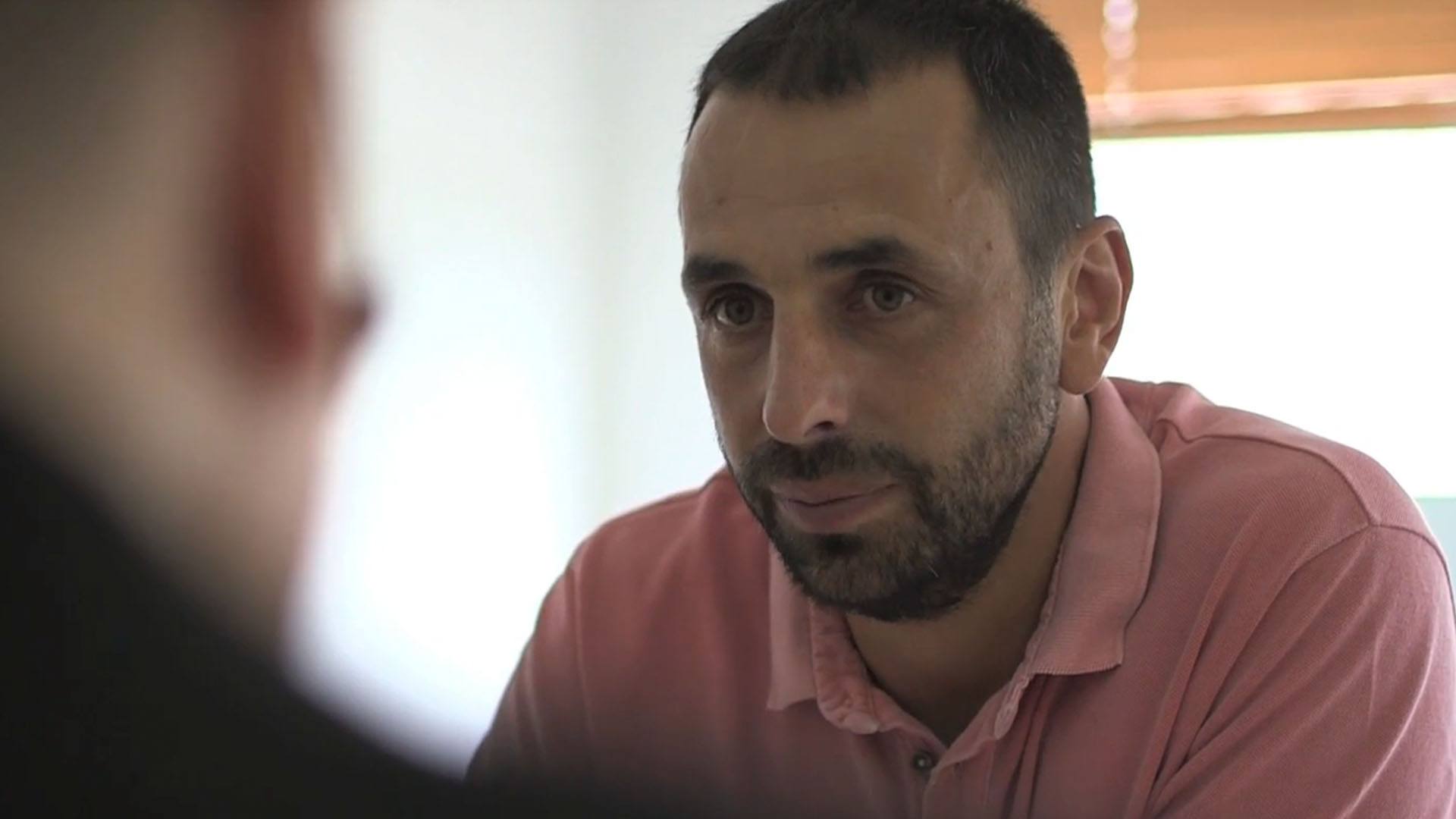 Thank you for letting us get to know mjn-neuro better. Salvador Gutiérrez is part of the management team and a partner of mjn-neuro. He currently holds the position of CFO (chief financial officer), a very important part in the management of the company.

What led you to join mjn-neuro?
My eldest daughter, now 17 years old, attended school in the first grades with a girl one year older, Marina. As you know, Marina has drug-resistant epilepsy. Because of those coincidences that sometimes happen, Marina and Maria became friends. And from that friendship was born the relationship between our family and Marina’s family. I think this is my first contact with epilepsy and little by little we got to know, through Marina, all the difficulties that the disease entails. A few years later, David (Marina’s father) was already determined to start a project to develop a support system for his daughter and so many other people and families who have epilepsy. And he thought that both Xavi (an engineer like David and a former colleague) and I (with experience in the business sector) could help him move forward with the idea. I think that was in 2012. As you can imagine, both Xavi and I said yes to joining mjn-neuro‘s project.

When was mjn-neuro created and what was the driving force behind the development of this project?
mjn-neuro as such is created in 2014. But it is in 2012 when the 3 founders start laying the foundation of what we would like mjn-neuro to be in the future. Anyway, David had already been thinking for some years about how he could help his daughter cope a little better with her epilepsy. He bought a portable encephalography machine, recorded and logged all of Marina’s seizures so he could report that information to her neurologist. In short, he was learning day by day how to best manage Marina’s disease.

What do you think was key to mjn-neuro’s success?
I think the key to mjn-neuro‘s evolution is David’s deep knowledge of what it means to have epilepsy, all the implications it has, all the sacrifices that have to be made at the family level… Or as it still is today, epilepsy is stigmatized by society and unfortunately we have to fight to have equal treatment and opportunities. This, together with his great experience in the management of engineering projects, has made it possible for us to overcome all the obstacles that have been presented to us. I sincerely believe that a project like mjn-neuro is not possible without its origin in a personal problem.

Did you know about epilepsy or do you have someone close to you who has it?
No, the truth is that I only knew the most typical notions of epilepsy and had no one close to me with the disease until I met Marina. I remember perfectly the day I became aware that epileptic seizures are unpredictable. Several years ago, we were having dinner at home and Marina and her sister were playing with my children upstairs. At one point there was a bang and a scream and Marina had fallen and hit her head on the floor after a seizure. My youngest son was pale and was repeating: Thank goodness she didn’t hit the edge of the step! At that moment I realized that having unpredictable epileptic seizures can have fatal consequences at any time. And that the fear and uncertainty that is generated causes the quality of life of these people (and their families) to suffer greatly.

It is in 2012 when the 3 founders started laying the foundation of what we would like mjn-neuro to be in the future.

How do you deal with the stigma of epilepsy in society?
At mjn-neuro we are very aware of this problem. David has taught to the entire team the importance of being a social project. Not only can we improve the quality of life for people with epilepsy thanks to our solution. We also have to work actively to improve society’s understanding of epilepsy, help improve the social inclusion of those affected and gradually decrease the stigma associated with epilepsy.

What are the main functions of your position?
The mjn-neuro team has grown over the past few months. This has allowed me to focus more on the tasks that I have always developed professionally. At present, I am focused on following up on the project’s accounting, analyzing the fulfillment and justification of the different grants that have been awarded to us, or planning the capacity to fulfill our payment and/or tax obligations. Like many other start-ups, we have no recurring income and have to finance ourselves through grants or private capital. This means that we have to foresee our payment capacity several months in advance. 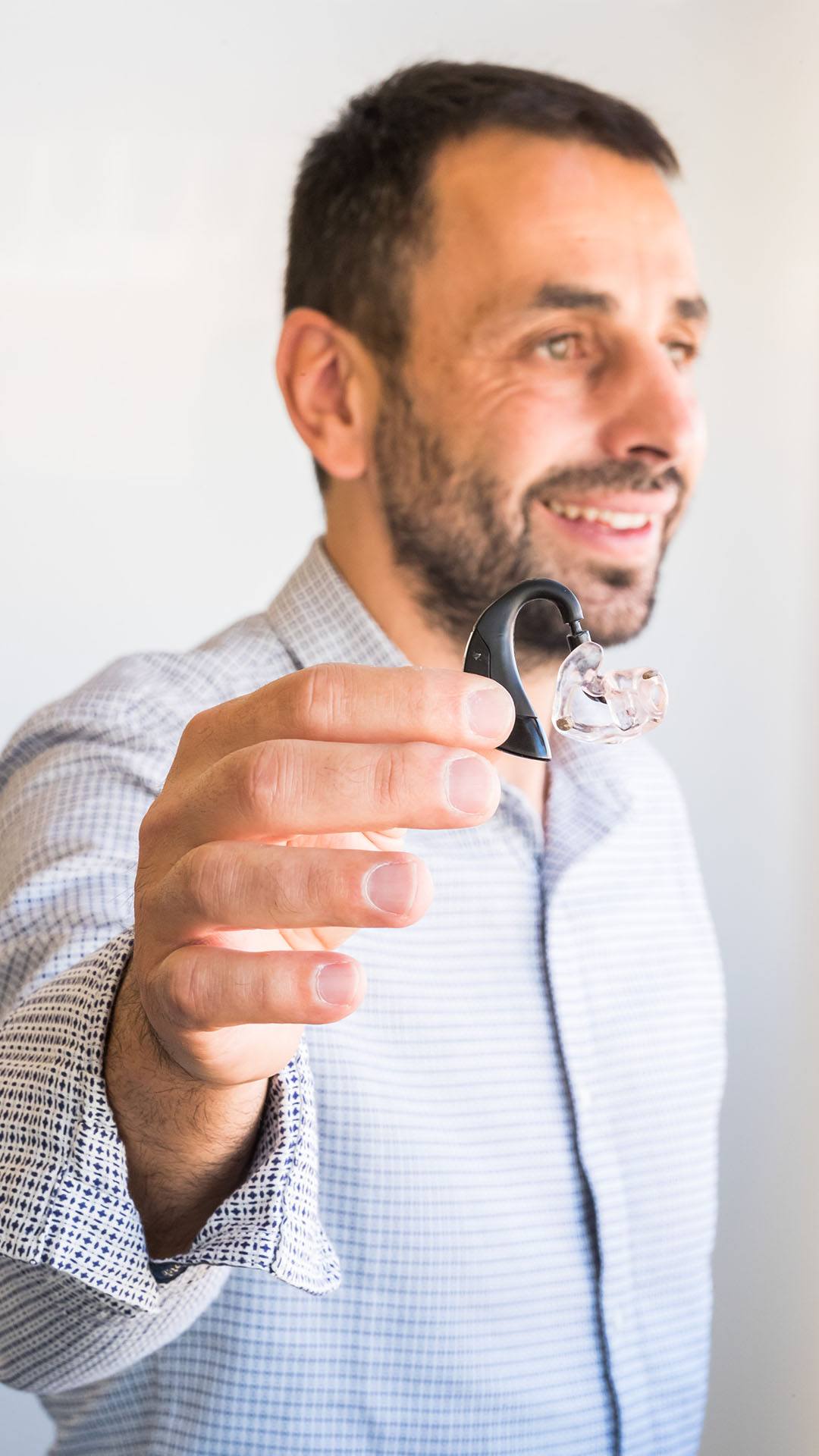 As CFO you have to make different strategic investment or funding decisions, what has been the biggest challenge?
I believe the biggest challenge has been to obtain the necessary resources to make our solution to help people with epilepsy a reality that can help thousands of families as of this year. But this challenge has been shared. The entire mjn-neuro team has worked to be worthy of obtaining the necessary resources.

The search for funding has led you to win different prizes. What is the prize you are most proud of?
I don’t have any preference about the awards we have been given. All of them have been a great injection of motivation to keep going. At first, the prizes we got were more modest, around Girona or Barcelona. But some years ago, and with the evolution of our project, we have achieved awards at a Spanish, European and even world level. And all of them represent a pride for the mjn-neuro team.

Finally, give us some advice, what are two metrics that a CFO should always monitor?

I find it very difficult to give advice… Personally I think that the main metric that you should always keep in mind is the cash flow, or in other words, the ability to pay the staff, suppliers, services… That they consider that your project, throughout all these years, offers confidence in that sense I think it is a very outstanding value.

Thank you very much for your time. Congratulations on all the recognition you have received over the years. Great success for mjn-neuro! 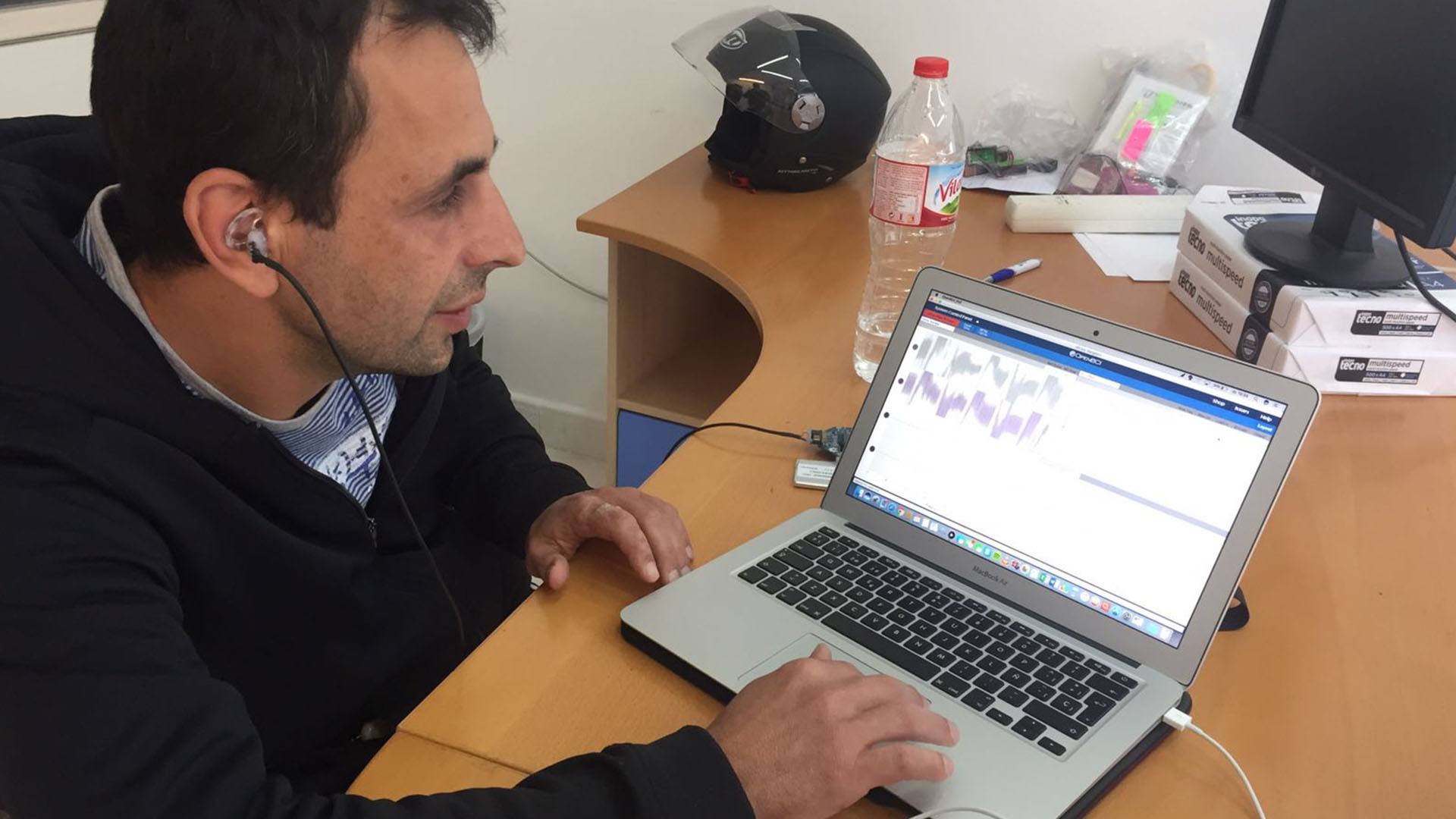 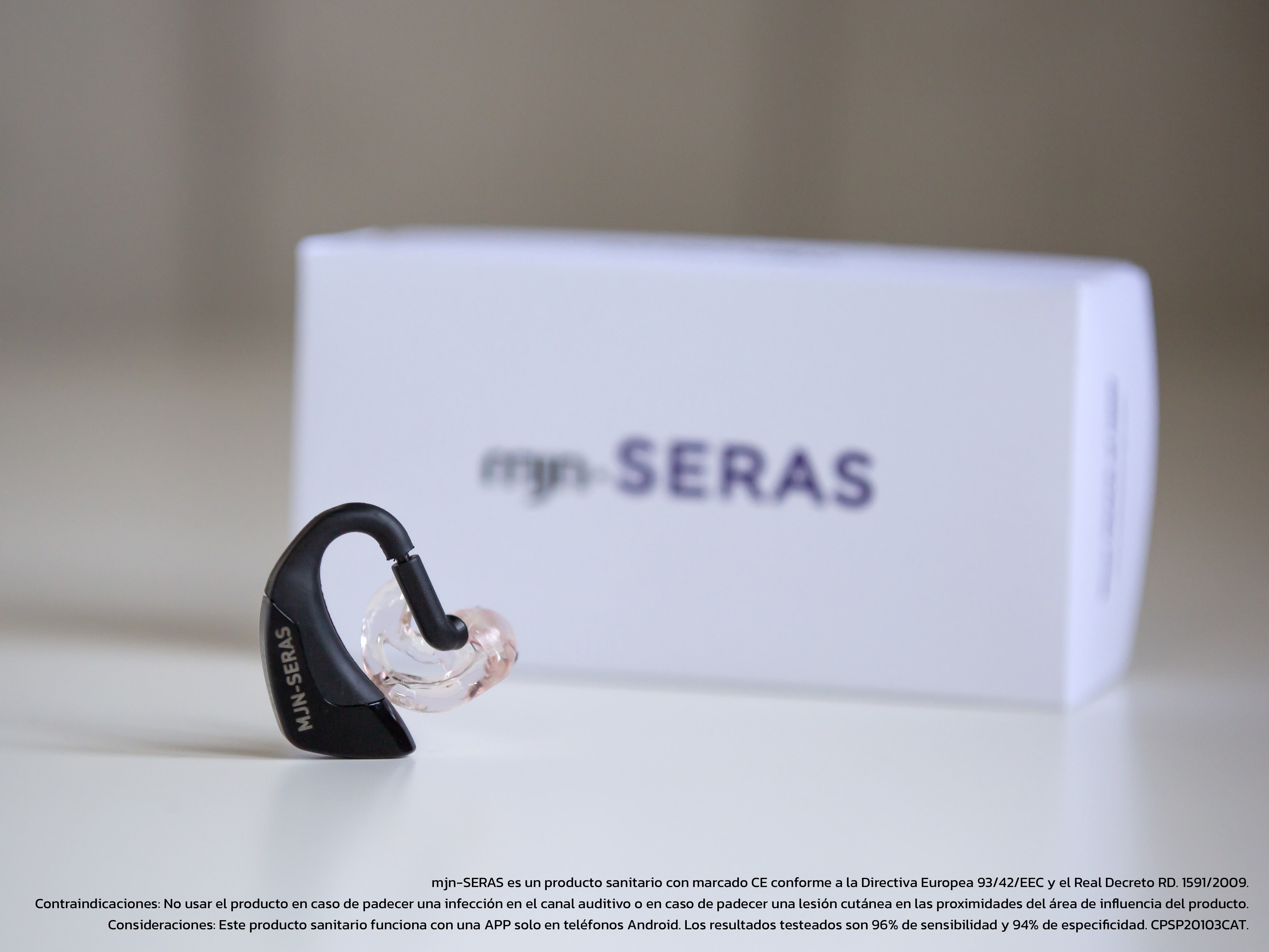 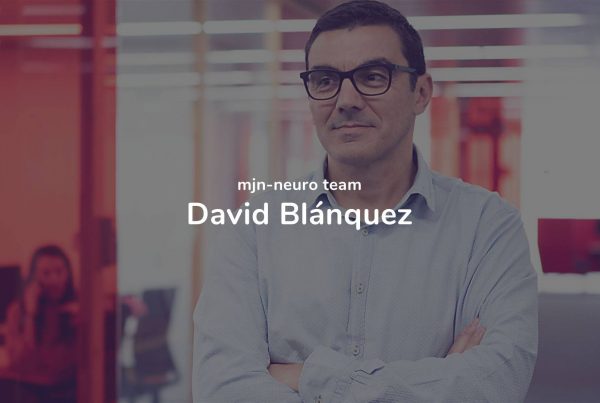 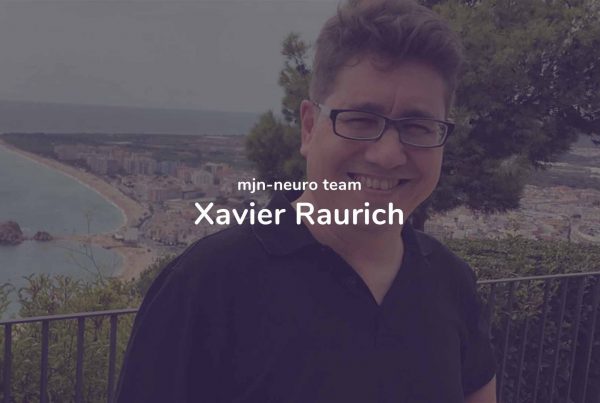